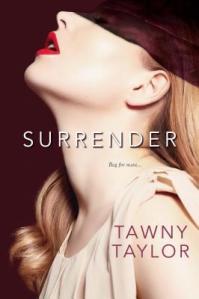 I was his.
To touch.
Anywhere.
Any time he wanted.

Abby is ready to agree to anything to stop her brother from going to prison, but Kameron Maldondo, the owner of MalTech Corporation, is asking for the unexpected. Enthralled by his commanding brilliance, she agrees to be his assistant, at his beck and call for whatever he needs–whenever and however he wants. What that means is for him to decide and for her to submit to. Frightened yet fascinated by what he promises, Abby becomes a willing captive to his caress, undone by his peerless touch, a quivering submission to an aching need for complete carnal surrender. . .

Disclaimer: I received a free copy of this book from the publisher in exchange for an honest review. Thank you Aphrodisia!

On the whole this book was okay. It wasn’t great and it wasn’t terrible but it wasn’t the best erotica I’ve ever read. Honestly, on the sizzle scale it barely hit a simmer.

Now, let’s move on to the characters. Kam was a typical alpha male character, but surprisingly not an offensive one apart from being a terrible dom. He takes care of Abbie, he respects her, and he protects her. These are things that a real alpha male does, and it’s sexy. Unfortunately Abbie is a moron. She seemed incapable of putting two and two together and not coming up with eight. She is responsible for getting the information that will free Kam from suspicion. She knows that her brother is to blame and then starts feeling funny (after being drugged once already) and has no clue what’s going on. Um hello dummy, this happened a handful of chapters ago. She also repeatedly asks herself whether something actually happened. Example, she almost gets shot. A few paragraphs later Abbie thinks to herself “Did I really almost just get shot? Like, for real?” No dummy, it was a hallucination. If you can’t be sure of what’s happening to you mere moments after it happened then you are beyond hope.

The plot was what ruined this book for me. It was so dumb. And so predictable. I knew exactly what was going on as soon as we found out the gender of the accomplice within the company. It seems the only people who didn’t know were Kam and Abbie, probably because they were busy screwing.

Final grade, not very good but not offensively bad.