Synopsis: She’s cold, calculating, and can deceive with a smile. Jane Doe is back in the Amazon Charts bestselling series – and this time she’s met her match.

After a brutal childhood, Jane Doe has been permanently wired to look after herself and only herself. Now, looking next to normal, Jane has a lover and a job. But she hasn’t lost her edge. It sharpens when she hears from her estranged family.

Jane’s deeply troubled sixteen-year-old niece, Kayla, has vanished, and no one seems to care. Neither does Jane. Until she sees a picture of Kayla and recognizes herself in the young girl’s eyes. It’s the empty stare of a sociopath.

Jane knows what vengeful and desperate things Kayla is capable of. Only Jane can help her – by being drawn into Kayla’s dark world. And no one’s more aware than Jane just how dangerous that can be.

Review: ***Disclaimer: I received a free copy of this book in exchange for an honest review. Thank you Netgalley and Lake Union Publishing!***

I really enjoyed this book and found it an easy read. It’s the second in a series but that didn’t hamper the story at all. I found that it wasn’t really necessary to explain how and why Jane got to this place, she did it for self-serving reasons because she’s a sociopath. She explained some of those reasons along the way and that was good enough for me. Her personality is what carried this book. I loved seeing her savage logic applied to situations that had me cringing as a normal human, but also cheering because it was well deserved even if I would shrink away from doing it.

The impetus for the book is a little bit thin. Jane’s niece, Kayla, is missing and no one seems to care. Jane doesn’t care either because she’s not capable but she’s interested because she thinks that Kayla might be a sociopath like her. For some reason that she doesn’t bother to explain, she decides to try and find her….she says it was for “fun.” That isn’t a great reason. Whose fun? Jane’s? Kayla’s? How exactly is this “fun?” It would have been more interesting if she wanted someone around who understood her, but she doesn’t even seem to care about that either.

Despite the poor reasoning behind why Jane is look for Kayla it was an interesting ride. I don’t like that this book is being marketed as a thriller because it was anything but thrilling. It was not really even a mystery. It was an interesting character study and a fun journey. Jane was an engaging character and seeing a little mini sociopath that irritated her so much was good too. My only complaint about Jane was that she got a little preachy on the “society lets men exploit women every day, but not me, I’ll exploit them first.” I got the message the first three times we had the speech, I didn’t need it again after that.

This book did make me want to go back and read the first book, which I take as a good sign that I enjoyed it enough to want to see the character again.

Thoughts: This has been really good. I got an ARC of this and have read over 200 pages in about 24 hours, that’s how much I’m enjoying it. Even though I haven’t read the first one, that turned out to not be a problem. I’m hoping to finish this up tonight 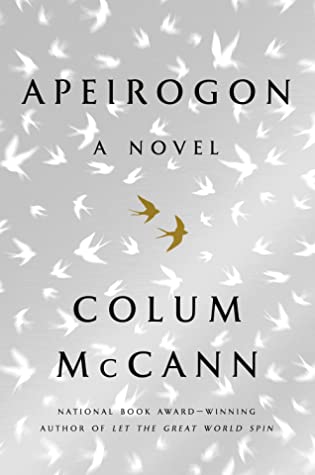 Thoughts: At first I was very confused by this book and the way it is told. But I think I am getting into the rhythm of it now. It is voiced by the author and I find his narration very soothing, with a gorgeous accent. The people who run the Calm app should hire him to do some sleep stories, his voice is amazing.

Thoughts: I hesitated before jumping into the Witcher books. I have never played the game but I loved the Netflix series. I have watched it three times so far. So I didn’t want to start the series only to find that I liked the show better. But, I didn’t need to fear because this is excellent. These short stories are wonderful and add so much depth to the Witcher character. I like it so much I bought the entire series.