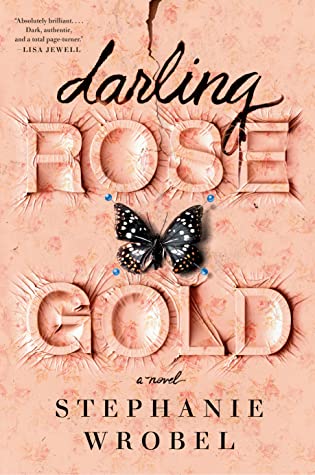 Synopsis: Sharp Objects meets My Lovely Wife in this tightly drawn debut that peels back the layers of the most complicated of mother-daughter relationships…

For the first eighteen years of her life, Rose Gold Watts believed she was seriously ill. She was allergic to everything, used a wheelchair and practically lived at the hospital. Neighbors did all they could, holding fundraisers and offering shoulders to cry on, but no matter how many doctors, tests, or surgeries, no one could figure out what was wrong with Rose Gold.

Turns out her mom, Patty Watts, was just a really good liar.

After serving five years in prison, Patty gets out with nowhere to go and begs her daughter to take her in. The entire community is shocked when Rose Gold says yes.

Patty insists all she wants is to reconcile their differences. She says she’s forgiven Rose Gold for turning her in and testifying against her. But Rose Gold knows her mother. Patty Watts always settles a score.

Unfortunately for Patty, Rose Gold is no longer her weak little darling…

And she’s waited such a long time for her mother to come home.

Review: Now this is the kind of debut novel I have been wanting to read lately! It seems that a lot of the books I’ve read have been hit or miss. Either very good or very bad. But this was absolutely wonderful! It made me deeply uncomfortable, which was the point. I compare it to watching a slow motion car crash, you know that only bad things are coming but you can’t bear to look away either.

I truly love a book that has a flawed narrator, not being able to fully trust the story they are telling you adds an interesting element to the story. But what happens when you can’t trust any of the narrators? That makes for a fascinating story.

Reading Patty’s narration was sort of like rolling around in mud. It sticks to you and makes you feel gross. Even though you tried to shower it all away, there’s still the odd smudge of grossness here or there that makes you feel disgusting all over again when you discover it. You know that she isn’t telling the truth. You know in your heart that she did all the horrible things that Rose Gold says she did. Part of you really wants to see her punished for it. As a mother, I was thoroughly rooting for her demise.

Then we have Rose Gold. Her anger and need for revenge is entirely justified. She found out that her mother permanently ruined her life. Her teeth are rotting out of her head, everyone knows too many details about her childhood, and she will forever be the girl that her mother created. I really rooted for her, but as the book went on I found it harder and harder to do that. More and more she was reminding me of her mother instead of her mother’s victim.

I did not see the ending coming. Parts of it yes, but the thorough depravity of it surprised me. And it was wonderful to see how all the pieces played out. But this is also where the book lost a star for her. I found it hard to believe that the police would buy that Patty had forced Rose Gold to take a specific action a full month before she got released from prison. Surely they would have been ever slightly suspicious of the timing on that right? But apart from that, it was a wonderful book. I will be keeping an eye out for this author in the future.