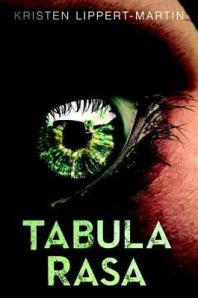 The Bourne Identity meets Divergent in this heart-pounding debut.

Sixteen-year-old Sarah has a rare chance at a new life. Or so the doctors tell her. She’s been undergoing a cutting-edge procedure that will render her a tabula rasa—a blank slate. Memory by memory her troubled past is being taken away.

But when her final surgery is interrupted and a team of elite soldiers invades the isolated hospital under cover of a massive blizzard, her fresh start could be her end.

Navigating familiar halls that have become a dangerous maze with the help of a teen computer hacker who’s trying to bring the hospital down for his own reasons, Sarah starts to piece together who she is and why someone would want her erased. And she won’t be silenced again.

A high-stakes thriller featuring a non-stop race for survival and a smart heroine who will risk everything, Tabula Rasa is, in short, unforgettable.

Disclaimer: I received a free copy of this book in exchange for an honest review. This did not influence by opinions in any way. Thank you EgmontUSA!

I must say that I really loved this book. I had a droolfest over the cover when I saw it the first time. I read the synopsis and drooled some more. And then I got the ARC and just about had a happiness seizure. Ask my hubby, he remembers that day. It was not perfect however, but the faults were minor at best.

The book opens with Sarah being prepared for surgery on her brain. They go through all the details, keeping her head still, running her through a few memory exercises, making sure she isn’t cold. They get prepared for the surgery and….the lights go out. In that short moment, someone presses something into Sarah’s palm and then her surgery is called off. At first she is annoyed. This was her final surgery. After this she was going to get a new life! Be a blank slate! And it all got postponed. But when she looks at what was in her hand, all of it changes.

The most fascinating thing about this book is that we know as little about the world Sarah lives in as she does. We don’t know if she was a victim of a horrible crime or the perpetrator or something else entirely, and neither does she. She only knows what she’s been told. After this she’ll have a new life and she shouldn’t ask too many questions about her old life because it might undo what the surgeons have tried to fix. That made for a great journey as a reader.

As far as the action sequences went, I had no complaints. I felt they were well written and engaging. This book gave me someone to root for, which I think is always necessary. But I did feel that we spent too long on one particular aspect of the plot when we could have been exploring what was hidden in Sarah’s brain. The romance was unnecessary but it didn’t come off too strong so in the end I didn’t mind too much.

My only real problem with this book was the ending. It just was sooooooooo sappy and sweet, I think I got a cavity honestly. Compared to the rest of that book being dark, foreboding, action packed, and occasionally funny the ending was sickly. It was a nice enough ending but it clashed with the rest of the book.

One thought on “Review: Tabula Rasa by Kristen Lippert-Martin”