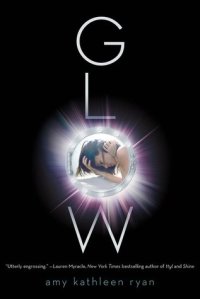 Synopsis from Goodreads: If a violent battle destroyed the only world you’ve ever known, would you be brave enough to save who was left? Would love be strong enough to survive the fight? Either way, there’s no turning back.

The Empyrean is the only home 15-year-old Waverly has ever known. Part of the first generation to be successfully conceived in deep space, she and her boyfriend Kieran will be pioneers of New Earth. Waverly knows she must marry young in order to have children who can carry on the mission, and Kieran, the handsome captain-to-be, has everything Waverly could want in a husband. Everyone is sure he’s the best choice. Still, there’s a part of Waverly that wants more from life than marriage, and she is secretly intrigued by the shy, darkly brilliant Seth.

Suddenly, Waverly’s dreams are interrupted by the inconceivable – a violent betrayal by the Empyrean’s sister ship, the New Horizon. The New Horizon’s leaders are desperate to populate the new planet first, and will do anything to get what they need: young girls. In one pivotal moment, Waverly and Kieran are separated, and find themselves at the helm of dangerous missions, where every move has potentially devastating consequences, and decisions of the heart may lead to disaster.

This was another book that I REALLY wanted to like.  It sounded interesting, I liked the synopsis, I liked the cover, and the characters caught my interest.  But then it quickly turned sour and I found myself wondering why I wanted to read it in the first place.  However, we will start with the good things!
I liked Keiran.  He was by far the best character in the whole book.  Some of the other characters, and even him at times, seemed a bit two-dimensional and boring.  I just couldn’t not like him though.  He is honest and loyal and says what he thinks even if it could get him in trouble.  I expected him to be the typical “golden boy” character since that’s how he was introduced but it seemed like it was a mantle that was put on him simply because of the circumstances of his birth and he accepted it grudgingly.

The plot started out really intriguing and I wanted to see where it would go.  The New Horizon suddenly appears on radar and no one knows why.  Now, I admit that it bothered me that everyone on the Empyrean’s first reaction was suspicion.  These are supposed to be your counterparts, your allies, the people who you are going to forge a new world with!  But you are suspicious instead of concerned that it appears they just stopped in the middle of their mission years earlier and you caught up to them.  I didn’t like that and I started to get suspicious that the author was setting us up for a book long rant about something.  At the time I suspected it was either something to do with women and children or religion, but I wasn’t sure which.

I also really liked the dynamics of the two ships, since both were different but in a way it was the same and equally as weird and creepy.  On the Empyrean the  men had a tendency to look at the girls in an appraising manner, like meat at a slaughter-house.  On the New Horizon the weirdness was the same with people constantly wondered and inquiring about their menstrual cycles but there was a different vibe to the weirdness.

So far all of this is relatively positive right?  That’s what I thought too!  Then I hit the halfway point and it all went downhill from there.  I hated the POV changes.  This author split the book into 5 parts, each part contains a handful of chapters.  Each part is told from the POV of one ship and then it switches to the other ship for the next part, and so on.  Now, there is a good way and a bad way to do POV changes.  This was a bad way.  I got so involved in the POV we were currently in that I didn’t care about the second plot, then suddenly I was in the other plot and by the time it finished I didn’t care about the first anymore.  It made me feel disconnected from the plot and I didn’t really care much about the characters as a result.  Plus, I had a hard time tracking the timeline for the book.  Since we spent so long in one POV weeks or months would have taken place, then we were thrust into the other ship and these were events that were going on at the same time as the bit I just read.  By the end I felt like I’d read years and years of timeline when it was only a few months.  It was confusing and I didn’t like it.  A chapter by chapter breakdown would have been better.

By the end I couldn’t stand Waverly.  I did appreciate the fact that she was not a Mary Sue idiotic twit who was too stupid to ensure her own survival.  That kind of “heroine” has been cropping up in YA fiction way too much lately.  Waverly tried to be a strong, tough, kick ass heroine and succeeded to a small degree.  But then she goes and ruins it all by being completely willing to distrust her FUTURE HUSBAND in favor of the guy who tried to starve him to death!  I mean, really?  That bothered me so much that I wanted to reach through my eReader and slap Waverly in the face for her stupidity.

The author tried really hard to push her own agenda in this one, and it made the ending and large portions of the plot feel forced.  We are informed very early on that the New Horizon was a ship of religious people while the Empyrean was a ship of non-religious people.  When I read that my first thought was, uh oh we’re revving up for an author rant against religion!  And I was correct!  The author takes every opportunity to portray the religious individuals as bad, cultish, evil, and manipulative.  While the non-religious people are logical people who can see through the bullshit of the evil religious cult.  I rolled my eyes at this and was prepared to overlook it until the author decided to put Keiran into the role of the next evil, religious cult leader.  And Waverly just skips right along with that idea and goes to the boy who tried to kill her future husband to plot with him about how to save him from himself.  Oh, also the author made a point of making sure Keiran was hallucinating about hearing God’s voice, because all religious people are nutcases right?  This just angered me so much that I was tempted to throw my eReader across the room in disgust.  Stupid, stupid and more stupid.  I will definitely not be reading the next book because I could hardly stomach the first.